The Fantasy Spirit ~ from the book: The Sensuous Mystic, Uniting Sex & Spirit

This is one of my Goddess Fantasies:

I am trembling with intense pleasure as his tongue continues to plunge in and out of me, knowing when to stroke up my vagina lips and circle my clit, sucking me with his juicy mouth. I love oral sex and my man knows exactly how to speak to my pussy. My whole body quivers and I begin to speak in spiritual tongues. This freedom of expression lifts our sexual play to a powerful and holy level. The pleasures of my body open the gates of heaven. He cups my ass with his sweet palms and holds me securely, letting me know he is in unison with every shift that occurs. We are riding the wave together. We are truly one!

Fantasy is illusion created out of our dreams. Some fantasies can come true, yet they are mostly for our personal enjoyment. Dreams are desires we hope to achieve one day. Dreams require faith as an ingredient to manifestation. However, fantasy play another role in our mind and body. The types of fantasies we have as adults are mostly sexual ones. You know, those kinky, dirty little thoughts we have that we would never share with anyone except maybe just that one special person. I believe that fantasy is healthy for the mind and body. Fantasies keep our mind curious and active, keeping us creative sexually. We might not have discovered the G-spot without a little sexual curiosity. However, just like the rest of the pleasures we have, the gift of fantasy can turn into addiction for some and violence for others. The balance between the mind and the body’s reactions to fantasy is dependent on whether or not one has had a healthy sexual upbringing.

He had lots of “talk” therapy for a time before he could begin to see me. In our sessions, we continued the talking, but in an environment that was more relaxing and romantic. Slowly, he was able to get to the cause of his mental programming and realized that he had done nothing wrong. He had to learn to forgive his mother. We were eventually able to move along to more body contact and to complete recovery. He went through more addictive relationships for a time thereafter, until I taught him how to share love with himself in order to be more loving with others. He was afraid of what he felt his mother thought of him, and this reinforced his tendency toward addiction.

As children our fantasies are mostly of superheroes and super-heroines. Mine was Jeannie from “I Dream of Jeannie.” My daughter and son wanted to be Power Rangers.

We grow from childhood fantasies to adult ones, yet they are meant to help us grow and learn about ourselves. With fantasies, we can have experiences within the body, guided by our creative thoughts. We can go anywhere we want to in our mind. The ongoing discomfort in our society about our sexual growth continues to invade our personal playground space: our creative and sexual minds. Our societal double standards regarding sex sow confusion and fragmentation in the fertile soil of our mind. But we can achieve a balance between fantasy and reality, between sexual need and want. Not needing a fantasy to achieve an orgasm is a sign of balance. To be able to have no thoughts while being sexual, whether during intercourse or masturbation, is what is called being in the moment.

Being in the sexual moment without illusion and knowing the magic you have with another is what we hope for. The fantasy spirit is an unstable spirit. It’s a spirit so sensitive to our needs that we can sometimes be lured into entertaining a thought that does not serve us. It can give us a false sense of attainment, only to cause us to need the fantasy to feel fulfilled again. Our world has survived with illusion and programming for so long, so why change the flow now? We choose to change the flow because the suffering is to great. The veils have fallen to show the reality of our situation.

My suggestion to many is to cut back on sexual fantasy. I advise focusing on the chakra colors to silence the din of intruding thoughts. Eventually, sexual fantasizing will flow freely and benevolently. In a sexual fantasy without dependence, we can enjoy the gifts of our own creation. 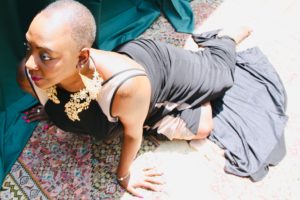 Message of Love and Honor

This site uses Akismet to reduce spam. Learn how your comment data is processed.